Ever since I was three year’s old I’ve been reading everything I can lay my hands on. It’s been my passion, my solace, my comfort. I used to look forward to Wednesday nights which were the time that my mother would take me, and any of my siblings who wanted to go – so usually just me, to the library.

It would be wonderful, 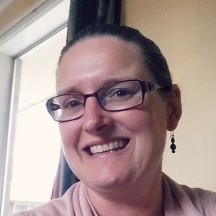 thrilling, and risky. I was only able to take three books out each week, and only one of those could get a free pass on fees. If I picked the wrong one I would be stuck with it for a whole week. Not only stuck with it, but I’d have to read a bad book cover to cover because otherwise I’d have to do something else, and that was not really what I was after. I did go outside, and played outside, and watched TV like any normal kid, but that was just stuff you filled in time with until you could read again.

Throughout my childhood there was never anything I wanted to do but become a writer – it seemed the only natural progression to my life. Then I crawled
inside a bottle for fourteen years, and when I popped back out I was working in an office job in a travel agency, my mother was dead, and I was clueless as to how I was meant to get my life back on track.

About the time I started to seriously study the craft of writing, something that used to come naturally to me but had grown incredibly hard through lack of use, I also had a change in career path into insurance (not as big a change as it might seem as it was really from one office job to another with a brighter future and better career path.) I started to challenge myself in my professional life, and my personal life, so instead of focussing in on writing I instead tried out a range of different hobbies, followed up on fleeting interests, tried to learn to play the saxophone which my partner was glad was a short-lived affair, and generally did all of the things I should’ve spent my teens and twenties doing but hadn’t.

But of course I always circled back to writing. Reading and writing. My passion remains the same but instead of skimming widely across any and all genres I’ve narrowed down and done a deep-dive into crime fiction which has been my favourite for over a decade now.

I love the fact that I’ve been reading the same genre of fiction for more than ten years now, and still find new and interesting things with every book that I pick up. Now I’m trying to bring something new and unique to me to the genre. And soon I might finally get back on track to being the person that I always wanted to be.